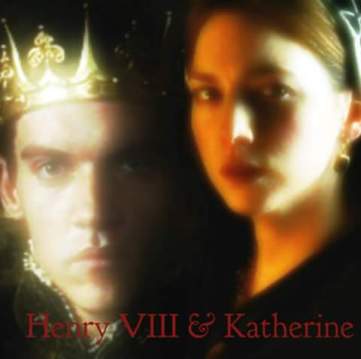 On June Eleventh 1509, Henry VIII married the Spanish Princess, Katherine of Aragon at the Friary Church at Greenwich. It was a modest ceremony. Katherine’s confessor wrote to her father that “His Highness loves her and she loves him”. Katherine of Aragon had been his brother’s widow. There was that issue of the papal dispensation which her mother had taken care of before her death, five years prior. But Isabella’s death split the country in two and Katherine was no longer a valuable asset. Henry VII made his son publicly repudiate his intended bride, yet Henry continued to be infatuated with her. Katherine always made sure she got to see him as much as she could so Henry’s interest in her would remain. People tend to forget how long the two waited to be married and furthermore, how long they were married.

Nobody expected Katherine to become Queen. Henry had been kept from other people, except a select few. Henry VII wanted to make sure that his son would become the perfect Prince, one who would listen to his father and his advisers. Henry VIII however was determined to be his own man. David Loades said it himself, that Henry’s decision to marry Katherine echoes his maternal grandfather’s decision to marry an impoverished Lancastrian widow. As with the latter, Katherine did not have anything more to recommend her other than her name. Her credentials were impeccable (and she was also the first female Western European ambassador) but other than that, her country had been torn up by civil war, and she was no longer a bride who was considered desirable on that prospect. But more than that, Henry was determined to her. Like Edward IV, nobody was going to tell him what to do. The council wanted Henry to marry Katherine’s niece or someone else who would bring a larger dowry with her and who was younger, but Henry said no claiming that on his deathbed, his father made him swear that he would look after his late brother’s wife by marrying her.

In completely fairness, Henry was acting in the chivalric traditions where a knight rescues his fair maiden and protects her from all harm. His declaration does have some truth in that sense; but the part about his father making him promise to marry Katherine is unbelievable. It is true that Henry VII had grown into a very avaricious man towards the end of his reign; but much as he coveted Katherine’s dowry, he was more interested in his son marrying a bride who would bring more to the table.
The council didn’t believe his story either, but he was their King and they could do nothing to dissuade him.

When Katherine was told of the news, no doubt she felt a sense of fulfillment, because at last her seven long years of waiting to wear the crown of Edith, was becoming a reality. And there was also another aspect to their union: Henry was attracted to her, not just because she was beautiful, but because she was intelligent and because despite Spain being in a tough situation, his alliance with Ferdinand fed into his ambitious to conquer France. Ferdinand like Henry was no friend of the Valois and he encouraged his son in law (through Katherine) to join him against France.
During the first years of their marriage, Katherine was extremely influential. The two were crowned together, and Katherine would oversee many things and as Queen she had her own household and she proved to be an excellent administrator, and also a great leader. When her husband left to aid her father in the war against France, she was left in charge of his realm. Under her Regency, the Scots were defeated and their king, James IV, was slain. And she became very loved by the people by striking a harmonious balance between her fashions, piety, and devotion to her husband.
At the same time, there is also one detail that many people forget and that is Katherine’s reaction to her husband’s infidelities. By the time Anne Boleyn came into the fold, Katherine had learned her ‘lesson’ and turned a blind eye to them. As long as her position was safe, she would not have to worry about the rest. But in the beginning Katherine was very upset of his affairs, and more than one occasion she voiced her displeasure. And on another, she made it very clear how she saw her husband’s illegitimate son as a threat to her daughter, the Princess Mary.
But whereas Anne was said to have been outspoken in front of many of her ladies and his closest friends; Katherine unleashed her anger when they were in private, and in other ways through cold looks and sarcastic remarks.

2 thoughts on “The Marriage of Henry VIII and Infanta Catalina: The Rose & the Pomegranate”