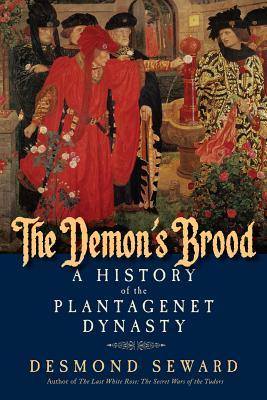 The Plantagenet dynasty will never cease to fascinate us. With the recent explosion of novels and TV shows, people have become more interested in them.
In spite of this, historians are careful not to treat their subjects as modern day celebrities. Many insist in treating them as we would any other historical subject, by being as objective as we can be. However, bias will always exist and as much as I enjoyed this biography, I found that the author perpetuates a lot of the old Victorian myths and stereotypes about these kings and queens.
Desmond Seward subscribes to the view that the celebrated heroes of this dynasty who continued to be revered as national icons, only became famous because of their success in battle and being surrounded by good councilors.
He is quick to tear down through the myths of the most famous of them all, Henry V, by pointing out that he was a far cry from the noble and reluctant hero of Shakespeare’s play of the same name when he invaded France. For this, I was grateful. I partly agree with him. When Henry V invaded France, he ordered his men to leave civilians alone but his soldiers being desperate, and to avoid them turning against him, he turned a blind eye to their crimes. When one town refused to open its doors to him, he charged against his inhabitants. The survivors fled to a fortress where it ended up capitulating to Henry V who had little qualms about the fate of the townspeople.
This is cruel behavior but it is the type of behavior you’d expect from a fifteenth century monarch. Classifying him as a murderer, zealot, power-hungry, and amoral while turning a blind eye to similar atrocities other monarchs engaged in, makes little sense
I also noticed that when it comes to searching for evidence to support his views, he engages in confirmation bias by heavily relying on secondary sources. While I can see the value in these, to place them in higher regard than primary sources is problematic. This is largely in part because they come from a later period where the social and religious background had changed, making this person(s) views quite different from someone living in that era.
Do not get me wrong. This is not a bad book. Not at all! But it is not great either. History buffs looking for a good book on the Plantagenets might be disappointed in this one. It is entertaining and accessible for newcomers; something you could consider giving to your students if you are an educator or to a friend if you want to introduce him or her to this era.