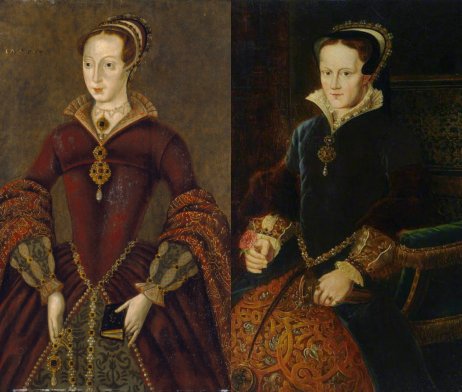 From the 18th to 20th of July 1553, the odds fully turned in Mary’s favor when an important ally found his way into her camp. The 16th Earl of Oxford, John de Vere was a complex man. He was a Protestant and a great military leader, whose experience no doubt, gave Mary the boost she needed to issue her proclamation where it goes as follows: “By the Queen. Know ye all good people that the most excellent Princess Mary, eldest daughter of King Henry VIII and sister to King Edward VI, your late sovereign Lord, is now by the grace of God, Queen of England, France and Ireland, defender of the Faith and very true owner of the Crown and government of the realm of England and Ireland and all things thereto justly belonging, and to her and no other ye owe to be her true Liege, men…” Then she denounced Jane Grey’s usurpation, pinning all the blame on her father-in-law instead of her cousin, and declared herself the rightful queen. “… Most false traitor, John, Duke of Northumberland and his accomplices who, upon most shameful grounds, minding to make his won son King by marriage of a new found lady’s title, or rather to be king himself, hath most traitorously by long continued treason sought, and seek the destruction of her royal person, the nobility and common weal of this realm…” This is not surprising given that Mary knew the power of propaganda and she knew that a House divided, as during the Wars of the Roses with the case of the House of York, made everyone in her family look weak. And if people knew the nuts and bolts behind the usurpation, they wouldn’t blame the Duke, but instead look at Mary’s family. This would look very bad for the Tudor Dynasty. If a monarch couldn’t control her own brood, then how could she rule over a country? And it was much easier to use “bad councilors” as scapegoats rather than holding the royals accountable for their actions. Mary’s father had done it many times. Whenever he did a bad decision, someone else was blamed, be it his spouse, his in-laws, or his councilors.

The proclamation ended with a rallying cry calling all the “good people” to join “her said armies yet being in Suffolk, making your prayers to God for her success … upon the said causes she utterly defied the said Duke for her most errant traitor to God and to this realm” then she signed it as “Mary, the Quene”.

When Jane heard what happened, she was out for blood. She ordered her troops to march against the rebels in Buckinghamshire, naming William Herbert, Earl of Pembroke, one of the two commanders. She gave him specific instructions to deliver “punishment or execution as they deserve.” The message was clear. Her cousin the Lady Mary Tudor might be older, more experienced and have the support of almost all the commons in the realm, but Jane Grey was no passive teenager. She was not going to give up so easily, and until her cause was fully lost, she was going to keep acting as she had done for over a week. Nobody who saw Jane, saw a timid girl, but a strong teenager who continued to carry out her duties as the unofficial queen. On the morning of the 19th, a Christening ceremony at Tower Hill where Lady Jane had been asked to stand in as godmother by one of her servants, a man named Edward Underhill. Her goddaughter was named after her husband, Guildford. Jane was too busy to attend so she sent her mother’s cousin, the Lady Throckmorton, instead. Other proxies were sent for her father and other family members, including William Herbert who excused himself from the ceremony, claiming he had to meet the French Ambassador to convince him of sending troops to fight off Mary’s common forces. In reality, William Herbert was pondering on his own future and where he would fit in all of this conspiracy if Mary won. How would she deal with the traitors? The Marquis had felt an air of unease the day before when he heard the news of Mary’s proclamation and the Earl’s defection. Although he had been given specific instructions to deal with the rebels, the Marquis chose not to comply. He and a number of other councilors gathered at Baynard’s Castle where they discussed a peaceful resolution to the conflict. Nobody wanted another civil war like the one that had split the country in two over one hundred years ago. The men gathered their things and rode to Cheapside where they declared Mary Tudor the lawful Queen and read her proclamation. The crowd went “mad with joy” the Imperial Ambassador reported. “From a distance the earth must have looked like Mount Etna.”

Jane and her family also knew that everything was over. That same day, the council’s soldiers headed to the Tower to arrest the Duke of Suffolk. Jane’s father had heard of the council’s betrayal and rushed to tell his daughter the news. Jane did not lose her composure. Using the same irony she’d used against one of Mary’s maids when she mocked her Mass, she told her father that she was blameless and she only took the crown because he gave convincing arguments to her. If he hadn’t, she would have never done it. Her father was forced to take down the canopy of state, and other symbols that were representative of her reign, and agreed to the Council’s demands. Jane had gone from a guest at the Tower, awaiting her coronation, to a prisoner.

News of Mary’s victory reached Northumberland and his men that night. He felt angry and betrayed. He had suspected of the council’s betrayal since they asked him to go away to lead a small force against Mary. But he had not expected things would fall down so quickly. Realizing he was lost, and that he was going to be –not only Mary’s scapegoat- but the Greys’ scapegoat as well, he began to cry and sent someone to the new Queen, in the hopes that she would take pity on him. He told the vice-chancellor of Cambridge that their new monarch was a “merciful woman” and read her proclamation the following day, declaring her the rightful Queen. It was over. Mary had won. She was informed of her victory on the 20th. Mary, as her supporters, were overjoyed. She rode on a white horse, and made an inspection of her troops at four o’clock in the afternoon.

“An inspiring sight awaited her. The standards were unfurled, the military colors were set up and battle lines divided into two, under Wentworth and Susssex. For the first time as Queen, Mary saw her forces arrayed…” (Porter)

And like her maternal grandmother before her, she showed herself fearless, giving an inspirational speech “with an exceptional kindness and with an approach so wonderfully relaxed as can scarcely be described” that won everyone’s affections. After she finished with her inspection, she ordered a large detachment of cavalry to stream forth. The Lady Mary was delighted to hear the sounds of cavalry, and the cries of her men who did not stop cheering for their new Queen. She demonstrated an exceptional charisma, and she was ready to fight if needed be. Thankfully, it had not come to that. Lord Paget and the Earl of Arundel had come to tell her of the latest events, adding that the Duke of Northumberland had also surrendered. Bonfires were lit, people cried out to the sky, “men ran hither and thither, bonnets flew into the air, shouts rose higher than the stars, and all the bells were set a-pealing” wrote an anonymous Italian staying in London at the time, echoing the Imperial Ambassador’s words that the earth seemed to be shaking with joy. 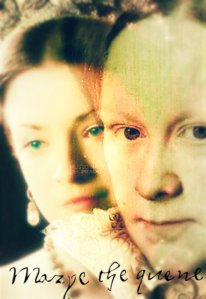 This was something unprecedented. Mary had won the throne without shedding one drop of blood. To her it must have felt like déjà vu. Her grandfather Henry Tudor, then Earl of Richmond, had won the crown through bloodshed, and he owed it largely in part to the military expertise of the 13th Earl of Oxford, another John de Vere who had always been a staunch Lancastrian and upon knowing that the royal Lancastrians were dead, he ran to Brittany to join Henry Tudor (who was considered by many, the last Lancastrian scion). While there were other factors that contributed to her grandfather’s victory, the Earl’s military expertise can’t be denied. He was there with Henry, helping him rally more men to his cause and after he won, his title was restored. Mary’s ally was Protestant unlike her, but despite this, he joined her because as his predecessor, he viewed her as the legitimate successor to Edward VI. And it was his decision to join her that became a turning point in this conflict. Mary having an army of commons was one thing, but soldiers mutinying, and an Earl who was well known for his military expertise joining her, was another. Mary thanked God, owing her victory to Him, saying that she “wanted the realm cleansed of divisive parties” and thanks to Him, she had done so. Mary’s struggles were far from over though, and so were Jane’s. The two cousins would still be pit against each other, and as Mary’s reign faced many rebellions, it became clearer that only one  of them could live.