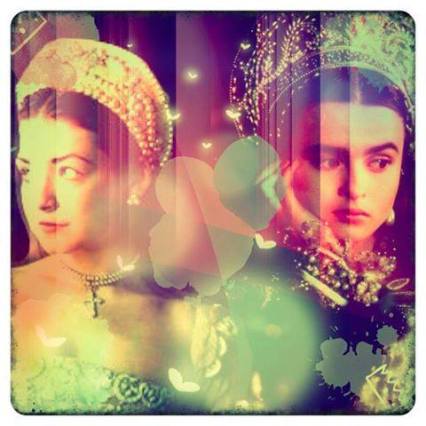 On the 11th of July 1553, the country was split in two over the issue of Mary Tudor and Jane Grey. People were undecided as who to support. One part of the country was rallying to Mary -those in East Anglia who knew her very well- and another one with Jane and were doing everything in their power to ensure the coup was successful. The Privy Council sent back Mary’s messenger with an uncompromising rebuke informing her that it was Jane who was the rightful queen, not her and by rebelling against her rightful sovereign, she was committing treason. But Mary was not going to be easily deterred. She was the daughter of Katherine of Aragon and Henry VIII, she had been next in line after her brother Edward VI. If the Council was not going to respect her father’s will, then she was going to make them.

As tensions began to mount, Jane issued a proclamation in which she warned people of the severe punishments her reign would inflict on those who dared to oppose her and to show that she meant business, the boy who had cried her cousin’s name the day before, had his ears cut off.

This shows Jane as an active participant in the coup, willing to do everything that was required of her to defend her family and her position. Jane might not have wanted the crown but now that she was close to becoming the first Queen of England, she saw it as her duty to defend it with everything she got. To her this was more than just ambition. As with Mary, she saw herself as a religious crusader and she viewed Mary’s religion as evil and contrary to what she had been taught. When she had been a few years younger, she and her mother Frances visited their cousin Mary and she mocked one of her servants for praying before the altar asking how could they believe that God lived in the bread “when the baker made it?”

Not surprisingly, Mary Tudor is also seen in a narrow light, thanks in part to the Book of Martyrs and Hollywood movies where she is portrayed as the opposite of Jane and her sister Elizabeth. Mary was as Jane, a woman of her times. And a very proud woman whose lineage told her that it was her, and not Jane who was the rightful Queen. She had prepared her entire life to fight for what she considered was rightfully hers and by all means it was since her father had restored her and her sister to the line of succession, falling right behind their brother Edward. When the Privy Council passed her over in favor of the Grey sisters, Mary decided that she was not going to wait any longer. She was the first one to inform the country that her brother was dead and they wanted to crown Jane Queen instead of her, and she began to calling all her allies and the common people to come and fight for her.

Although Jane signed many proclamations with Jane the Quene; it was clear that she and the Council were in for a hell of a fight. Mary, against all odds, was gaining lots of supporters. Her cousin had abandoned her, he had his own affairs to look out for and he did not believe that his cousin could win without any significant support. As far as he knew, Mary Tudor’s quest for the crown was a thing of the past. So you can imagine his surprise, and the Council’s surprise when they received information of the“innumerable companies of the common people” that were coming to support her from Norfolk and Suffolk. And that had been in only five days. Who knew how more supporters she would gain in the following days?

Jane however, put on a brave face. She was not going to be cowed by Mary’s common force. She called on the people to fight the next day on the 12th, offering them ten pence a day if they joined her.