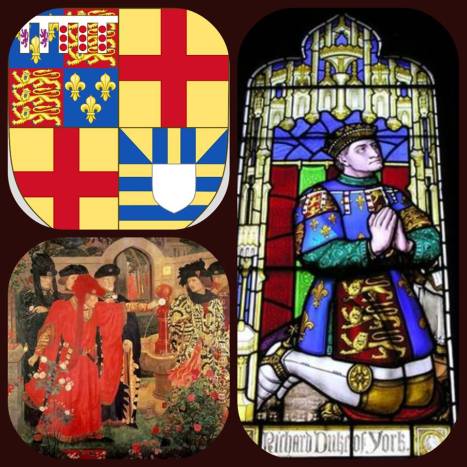 On the 30th of December 1460, Richard Plantagenet, Duke of York and his forces were caught by surprise by the Queen’s at Sandal Castle near Wakefield where they had been stationed for over two weeks. Richard knew the battle was lost and that he would likely die so he sent his son (Edmund, Earl of Rutland), his brother-in-law (Richard Neville, Earl of Salisbury) and his nephew (Thomas Neville) to safety. 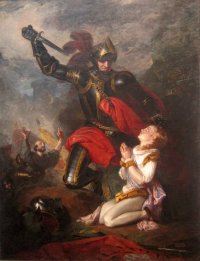 Unfortunately this proved futile as those pursuing them had many scores to settle. One of them caught up with the teenage boy as he attempted to reach the chantry chapel of St Mary the Virgin to find sanctuary, and just as he had him, he told him “As your father slew mine.” The man was Lord Clifford and his father had been slayed at the battle of St. Albans, it seemed only fitting that he paid back the Duke’s debt with his son’s blood. And so he did. Ignoring Robert Aspall’s (who was Edmund’s chaplain) pleas, he plunged the dagger into the boy’s chest, thus ending his life.

The Duke of York had attempted to do what he could, fighting to the very end. Being an experienced fighter, it seemed like he could have escaped his inevitable fate, however the number of Margaret’s forces were too much and as he tried to make his way back to the castle, he was seized by Sir James Luttrell and beheaded.

Richard Neville and his son were captured while trying to flee North, and brought to Pontefract Castle where they were beheaded the following day. 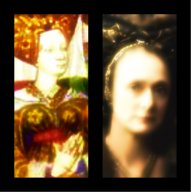 The news soon reached Cecily. She was now a widow and at the mercy of the Lancastrians once more. And once again, she was faced with a difficult decision. Knowing that her eldest son was still in exile, she feared for her remaining sons, Richard and George who were very young at the time, and so she sent them away with the help of their cousin, her nephew the Earl of Warwick to Burgundy, leaving Cecily with just her daughter, Margaret to keep her company.

This was the real life game of thrones, a dynastic warfare that split the nation into more than two sides and caused a lot of bloodshed. The four men’s heads were displayed on Micklegate Bar in the city of York for everyone to see. On top of the Duke’s head a paper crown was placed as a way of mocking his attempts to become King of England. Their bodies were later buried on Pontefract.

Although it seemed like the last laugh belonged to the Lancastrian Queen, time would prove otherwise when the wheel of fortune turned once again in the Yorks’ favor.