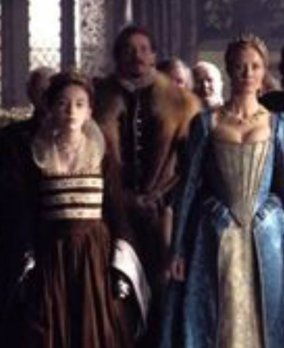 On July 31st, 1544 the Lady Elizabeth Tudor wrote to her fourth stepmother, Queen Katherine Parr, expressing her desire to spend more time with her. Some historians have interpreted this as a symbol of the King’s annoyance with his youngest daughter, however it could have simply been a demonstration of her affection for the queen, namely because her father was away at the time (fighting in France). The letter goes as follows: 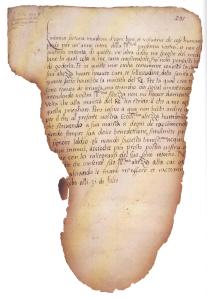 “Inmical fortune, envious of all good and ever revolving human affairs, has deprived me for a whole year of your most illustrious presence, and not thus content, has yet again robbed me of the same good; which thing would be intolerable to me, did I not hope to enjoy it very soon. And in this exile I well know that the clemency of Your Highness has had much care and solicitude for my health as the King’s majesty himself. By which thing I am not only bound to serve you, but also revere you with filial love, since I understand that your most illustrious Highness has not forgotten me every time you requested from you. For heretofore I have not dared to write to him. Wherefore I now humbly pray your most excellent Highness, that, when you write to His Majesty, you will condescend to recommend me to him, praying ever for his sweet benediction, and similarly entreating our Lord God to send him best success, and the obtaining of victory over his enemies, so that Your Highness and I may, as soon as possible, rejoice together with him on his happy return. No less pray I to God, that He would preserve your most illustrious Highness; to whose grace, humbly kissing your hands, I offer and recommend myself.
From St. James this 31st July
Your most obedient daughter and most faithful servant, Elizabeth.”

The letter was written in flawless Italian and there is nothing weird about her location since Henry, conscious that he could die during the war, had left specific instructions for the council, including his wife’s regency during his absence and the places his children would stay. St. James was the designated place for his youngest daughter. As one historian pointed out in her latest book, Bess learned so much from Katherine Parr -namely the power a woman could wield through her smile (courtly manners) and intelligence- that she could not get enough of her. She wanted to spend time with her as much as possible.

On the 10th of July 1553, Lady Jane Dudley nee Grey and her husband, Guildford Dudley arrived at two o’clock in the afternoon at the Watergate near the Tower of London. They had traveled by barge from Westminster to Richmond Palace where she momentarily stopped to put on royal robes, then she returned to the boat where she resumed her procession. Jane had been informed of the King’s death a day before. The sudden realization that she would become the first Queen Regnant of England must have hit the teenager hard. Yet Jane was no passive victim as she’s been portrayed by Victorians. In extolling virtue, they gave the public a version of Jane where she is a shy, quiet, and religious woman who knows her place. It was the role model that Victorians intended for young women at the time. But the real Jane Grey was anything but passive. She saw herself as a leader amongst the Protestant faction. So much so, that she had received praise at an early age from many notable Protestant scholars such as Roger Ascham, Ulm and Heinrich Bullinger. While she may not have wished to be Queen, she saw it as an opportunity to preserve the religious establishment of the late king, Edward VI.

After Richmond, she traveled to Northumberland’s residence, Durham, where she dined with important courtiers. The Privy Council met afterward. What was supposed to be a successful coup, was proving to be disastrous as they Council discussed a letter they had received from the Lady Mary Tudor (who resided in Norfolk). The Lady Mary informed them that she was England’s rightful heir and by denying her the crown, they were committing treason.

Jane must have heard of the letter at some point during the procession, but if it unnerved her, she did not show it.

“Like Joan of Arc who defended France at the age of seventeen, she would protect her country and her faith against the threat she believed Mary poised.” (Lisle)

Her mother could not help but cry out in fear. Like their ancestress Margaret Beaufort, the Countess of Richmond -when her son had been crowned- she knew the dangers that awaited Jane if she became Queen. Her life would never be easy, and even if she succeeding in being crown and defeating Mary, there would be many who would conspire against her.

When she and Guildford set course for the Tower of London, the people could not help but be overtaken with the spectacle. The Italian merchant Baptista Spinola who was present at the event, describes it in great detail:

“This Jane is very short and thin, but prettily shaped and graceful. She has small features and a well-made nose the mouth flexible and the lips red. The eyebrows are arched and darker than her hair, which is nearly red. Her eyes are sparkling and light hazel, I stood so long near Her Grace, that I noticed her color was good, but freckled. When she smiled she showed her teeth, which are white and sharp. In all, an animated person. She wore a dress of green velvet stamped with gold, with large sleeves. Her headdress was a white coif with many jewels. She walked under a canopy, her mother carrying her train. Her husband Guildford walking by her, all in white and gold, a very tall boy with light hair, who paid her much attention … Many ladies followed, with noblemen, but this lady is very ‘heretica’ and has never heard Mass, and some great did not come into the procession for that reason.”

Spinola’s account however may be the fabrication of a New York journalist then turned novelist and later biographer. Lisle believes that there is some truth to it but that Richard Davey might have added that romantic spin to it to perpetuate the myth of Jane Grey created by Victorians.

Between four and five o’clock their procession stopped and she and Guildford took full possession of the tower. Once the gates closed, trumpets blew and the heralds cried, reading the royal proclamation of “Jane by the Grace of God, Queen of England, France and Ireland”  and ending it with “God save her” which was meant to reaffirm Jane’s right to the wear the English crown.
One boy did not believe she was the rightful queen and he shouted that Mary was the true Queen. What happened to this kid, you might ask? Well these were the Tudor times. So he was arrested and had his ears cut off the next day.

Notices were pinned across London outlining Edward’s will while elsewhere in East Anglia Mary continued to rally more supporters to her cause.