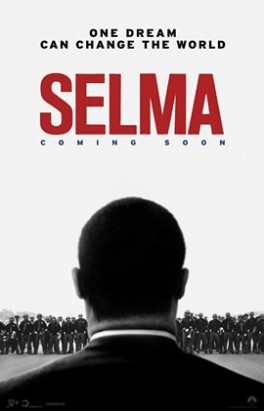 There are many people I admire from this era, from Dolores Huerta, Malcom X, and Martin Luther King among many others. The movie centers around MLK’s struggle with other African American leaders to get the vote. The Civil Rights act had been passed and signed by LBJ in 1964 but the South did not respect it and it was one of those state vs federal government quarrels that many politicians did not want to get into. But while the politicians debate, the activists act. This was an epic movie and I do say epic because the movie did not just center about MLK, but also around the other men and women who were important to this struggle and it also showed MLK as a very human. Someone who is on the brink of giving up. He has given so much of his life, of his own family life so that people can have equal rights and justice, but it is all weighing down on him. Often times we think how easy it was for heroes or people we admire but it was not. And the movie managed to do that brilliantly. Another thing the movie did as Derrik Clinton pointed out in MSNBC So Popular/Shift edition today is that the director showed everyone as they really were. People complain because LBJ was not portrayed as the holier than thou or great figure that has been romanticized; but as a man of his times. LBJ was a tough and no-nonsense president and I really admire him, but I admire for obvious reasons the activists in the civil rights movements more.

LBJ as a man of his time, and a politician uses racist language in the film that was very common during that era among white folks. It is something we not often think of him doing it, but he did. Ava DuVernay did an excellent film doing a multi-dimensional portrayal of all the people involved and also including the women who were involved in the movement and the harsh reality of those times. My only critique was the way Malcom X was presented and constantly referred to as militant and as for someone who has read extensively on him, I did not like that very much but then I understood that the people in the film saying that are Johnson and others who did see Malcom that way. (I recommend everyone reading on Malcom X’s autobiography by the way, as well as doing their own research on him. He was another remarkable person of this time. There are many youtube videos of his interview. A well spoken and eloquent man as MLK. Both were amazing men, and both dead before their time).

There was a part in the movie where he says that while the police continue to abuse their authority and they are continued to be portrayed as deranged and criminals, they are not and the only way to do something is to protest and to speak out. And that, he adds means disturbing the peace. And this rang so true to me. Currently in my country of origin there have been so many student protests and the way the media portrays the protestors and the students is as terrorists and deranged. And we do not have to go very far to my country, but right here in the US, with policemen killing African American teens and racially profiling other minorities; we see that many things still need to be changed and we need to speak out. Whether it is protesting, posting things to our facebook or discussing it with friends to raise awareness, it all matters.

Many Millenials as many commentators have pointed out live in this daze where they think racism doesn’t exist but it still does and this film can point it out when they realize how bad it was fifty years ago and that while things have become better, they are not as great as we believe them to be. The fight goes on.