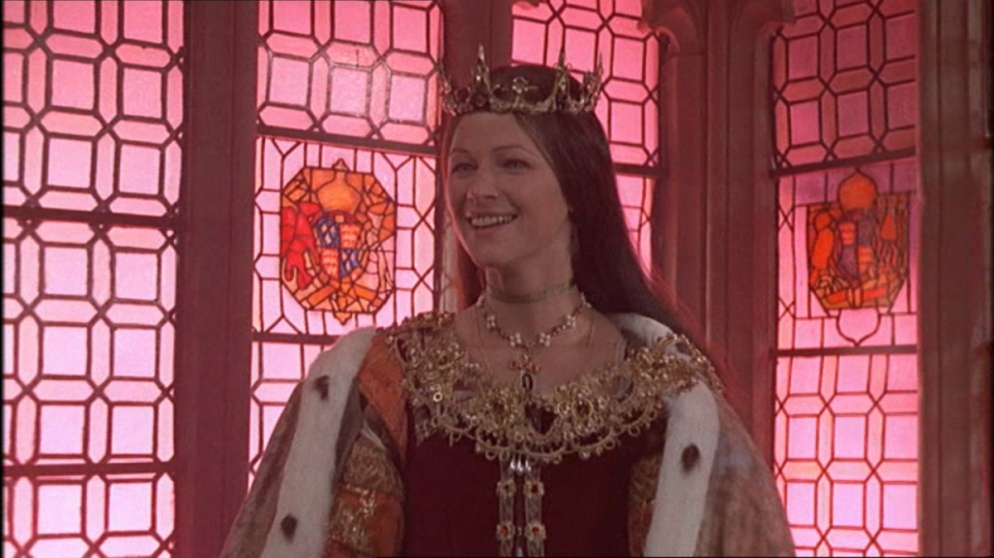 Many poems were done that celebrated this event. Among the most prominent was Nichollas Udall’s which celebrated her lineage and exalted her insignia of the white falcon crowned. 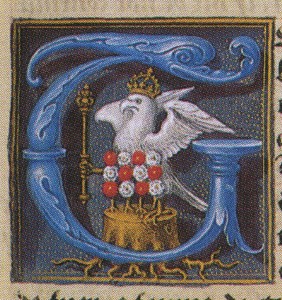 “This White Falcon, rare and geason,
This bird shineth so bright;
Of all that are,
Of this bird can write.
No man earthly enough truly
can praise this Falcon White.
Who will express great gentleness
to be in any wight [man];
He will not miss,
But can call him this
The gentle Falcon White.
This gentle bird as white as curd
Shineth both day and night;
Nor far nor near is nay peer
Unto this Falcon White,
Of body small, of power regal
She is, and sharp of sight;
Of courage hault
No manner fault is in this Falcon White,
In chastity excelleth she,
Most like a virgin bright:
And worthy is to live in bliss
Always this Falcon White.
But now to take
And use her make
Is time, as troth is plight;
That she may bring fruit according
For such a Falcon White.
And where by wrong,
She hath fleen long,
Uncertain where to light;
Herself repose
Upon the Rose,
Now many this Falcon White.
Whereon to rest,
And build her nest;
GOD grant her, most of might!
That England may rejoice as always
In this same Falcon White.”

Nicholas Udall was an English poet who like Anne and several others at the time, was part of a group of people who were sympathetic towards the Protestant Reformation and as time went by, he became one of the strongest supporters of the Anglican church, being widely favored during Edward VI’s reign.

His poem celebrating Anne Boleyn’s coronation were one of many honoring other like-minded figures. But like the subject of his epic poem, Nicholas Udall’s life was also paved with controversy. That same year, he was accused of mistreating his students and charged with buggery. If found guilty, he would have been sentenced to die by hanging. Luckily for him, he had friends in Thomas Cromwell’s circle (whose star was on the rise) and they helped him by lessening his sentence to less than a year.